The PR already has started and the album is available in Haulix now as PR download. The download links were sent on yesterday. (UK media needs to contact Mike Exley @ ME PR).

Both bands are available for interviews!

Swedish rock band Art Nation release their highly anticipated debut album “Revolution”. Playing concerts throughout the year, while recording the album simultaneously, shows that the band is truly ”going all in”.

Art Nation was formed 2013 in Gothenburg, Sweden, after lead singer Alexander Strandell’s departure from his former band Diamond Dawn. Strandell, already well known for his strong voice and energetic stage presence, decided to raise the bar, and gathered some of the best musicians available, bassist Simon Gudmundsson being the first, shortly followed by Theodor Hedström and Christoffer Borg.

An acoustic single, ”Moving On”, was recorded, followed by power ballad ”One Is Better Than No One”, which also featured a music video and was released in collaboration with humanitarian organization Doctors Without Borders (Médecins Sans Frontières), who named the song Official Charity Song of 2014, and all money generated from it was, and still is, donated directly to the organization. ”One Is Better Than No One” was also the starting point of the band’s collaboration with producer and engineer Jakob Herrmann (Raised Fist, Hardcore Superstar, Engel, etc).

Art Nation spent the rest of 2014 playing shows, as well as guesting national TV and radio shows, further building their fan base and reputation. The band got its final line-up when adding second guitarist Johan Gustavsson, together with drummer Carl Tudén, who was recruited just after winning the Swedish Drum Championships.

In early 2015, Art Nation signed a deal with German label AOR Heaven for their full-length debut album, titled “Revolution”. The record was produced and recorded by Jakob Herrmann at Top Floor Studios, together with Christoffer Borg. “Revolution” consists of 12 songs, one being a completely remade version of their first single ”Moving On”. It also features the stripped down piano ballad ”Look To The Sky”, performed in one single take by Strandell and keyboardist Theodor Hedström. The album was mixed and mastered at Hansen Studios in Denmark by renowned mixing engineer Jacob Hansen (Amaranthe, Engel, Volbeat, etc) and Christoffer Borg and co-produced by Art Nation. 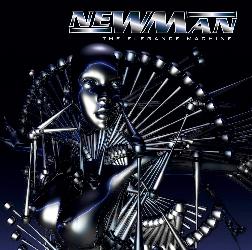 In 1997 Singer, songwriter Steve Newman formed the band Newman and since 1998 have been producing consistently high quality albums filled with hook laden songs and thought provoking lyrics. The now, hard to find self-titled album was followed up in 1999 by the awesome „One Step Closer“ album. Continuing the high standard came „Dance In The Fire“ and then „Sign Of The Modern Times“ in 2000, and 2003 respectfully. Fans and critics alike began to realize they were dealing with an artist that would evolve and mature with them. The year 2006 saw the release of „Heaven Knows“, and once again proved beyond all doubt that Newman were becoming one of the top purveyors of Melodic Rock in the UK. Later in 2006 Steve Newman broke away from his former label to form „Chrome Dome“, an independent label set up for the purpose of continuing to release the Newman product. Any doubts about the quality or consistency were cast aside when in 2007 „Primitive Soul“ was released to great acclaim. This was followed in 2008 by „Decade“ a double album celebrating 10 years of Newman. However, not wanting to take the usual route of a „hits“ album this was packaged with a second CD containing another 14 unreleased songs which ended up being so well received it was reviewed as a new studio album. „Decade“ may have been a great way for a band to sign off and call it a day, however, not only was this not even considered, the focus went into producing the next stage of the bands career.

In 2010 „The Art Of Balance“ was released to huge acclaim from critics and fans. The band followed this up with a string of successful live dates including Cambridge Rock Festival, Firefest Festival, and a UK Tour supporting John Waite. All this was achieved in the face of huge emotional strain after Steve suffered losing both his parents that year. In fact, as the writing progressed onto the following recording „Under Southern Skies“ this AOR Heaven release ended up being a very personal and reflective album for Steve.

All this time , the live band, with the addition of Pete Newdeck on Drums, joining Steve (Vocals, Guitar), Shaun Bessant (Guitar, Vocals), Paul Boyle (Keyboards, Vocals), Dave Bartlett (Bass, Vocals) were gaining momentum, culiminating in shows in Greece, Spain, Germany, and the US.

2014 saw the re-recording and release of the acclaimed first album as a Limited Edition, This coincided with a successful UK tour with Vega.

Now, the legacy continues with the brand new release „The Elegance Machine“, the culmination of songs written over the past two years and an album that once again encompasses what Newman stand for. The powerful guitars are present, as is the strong songwriting and huge melodies. But this time it also brings in modern influences such as on the title track „The Elegance Machine“ and „Halo“ giving the recognizable and reliable Newman sound a more contemporary edge. A natural follow up to „Siren“ the album delivers a harder edge than its predecessor, but without losing the emphasis on strong hooks. Steve has always been known for his thought-provoking lyrics, and „The Elegance Machine“ is no exception with subject matter ranging from corporate business greed (The Suit), through domestic violence (She Walks In Silence), and even onto the space themed (Prayer For Apollo).

Once again Steve has teamed up with Rob McEwen (drummer for the last 8 Newman albums), and has also brought in the talents of Geoff Wootton backing vocals on „The Suit“, „One Good Reason“ „Halo“, and Mark Thompson-Smith (Praying Mantis, Big Life) backing vocals on „Illuminate“, „Send Us Salvation“ and „Pretender Surrender“.