NOT ABOVE EVIL will release „Always Darkest Before“ on September 30th, 2016!

please find below the key information about the upcoming release from UK based Death Metal band NOT ABOVE EVIL. Their album is called “Always Darkest Before” and will be released on September 30th, 2016 on the band’s own label. We will handle the PR for this title in Europe and will start the PR next week.

Please send us your requests for promo CD’s and downloads and check out the track “Unleashed” which today was released as video and instant grat in advance here:

Not Above Evil is a three-piece technical-melodic death metal band hailing from Manchester, UK. 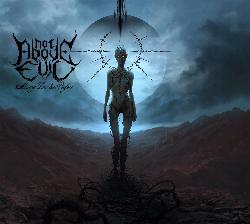 Not Above Evil was formed in late 2009 by Sideeq, Daniel and David with the intention of developing a unique brand of metal driven by brutality and technical precision. Over the last few years the band has self-released two EP’s Not Above Evil (2009) and Psychosis Rage and Rapture: The Journey Down (2013) as well as two full length albums Deification (2010) and The Transcendental Signified (2011). Critics have described their material as ‘well written’ and ‘played with confidence, self-assured, devilish pace and a crushing appetite for precision’. With their newest release, Always Darkest Before (Release date: 30th of September 2016), Not Above Evil aims to further their reputation for being able to meld heavy, technical riffs with intricate guitar melodies and over the top, death-metal vocals.

Not Above Evil is:

For more information on Not Above Evil or their newest album, Always Darkest Before, contact: GerMusica PR – Birgitt Schwanke, info@germusica.com