The PR via Haulix will start later today – please send us your requests! Both artists will be available for interviews as well!

Product: Jim Jidhed – “Push On Through”

Jim Jidhed, the singer of the band Alien singer,  will release his 6th solo album on 27th   January 2017.
‘Push On Through’ is a heavier record than the previous ones. It still has the mark of AOR to it, but also a straight hard rock feeling at times. Producer Daniel Flores, who had a vision for this album, really nails that vision sound wise. Jim’s voice is stronger than ever at 53, and here all his experience, feeling, heart and soul come together in a very powerful way.

Jidhed was born 1963 in Gothenburg, Sweden. He began playing and singing around the age of ten, and formed his first real band when he was 12-13 years old. At the time he was 16 he started a group called ‘Glamour’, and it was with this band things began to get more serious. 1982, at the age of nineteen, Jidhed released his first ever single with the band ‘Glamour’.  The label was named ‘Polar’ and the woman who signed the band was Marie Andersson, daughter of Stickan (ABBA ) Andersson.

In 1986 Jidhed wrote a musical and played that in the spring of ‘87. At the same time, in December ’86, he teamed up with a new Swedish band that took the name ‘Alien’. Alien released two singles during ‘87, ‘Headstrong’ and ‘ I’ll Survive’, and by the fall they recorded  ‘Only One Woman’ at ‘Polar’ studio. Alien recorded their first album early in ’88, at ‘Sound City’ studios in Los Angeles, and just a bit later that year they got a huge hit with ‘Only One Woman’ and headlined a big tour the full  spring and summer. For personal reasons Jim left the band in the fall of 1988.

Between 1989 and 2005, the Swedish born singer released five solo albums until he and the original members from Alien teamed up once more, after over twenty years. They released a single, ‘Ready to fly’, and began playing some selected shows, performing  (the songs of) their debut album. They decided to write a new album, and released ‘ Eternity’ in 2014.

Jim released his fifth solo album in December 2015, titled ‘Tankar i vinternatten’. It’s kind of a Christmas record, but with Swedish lyrics more into to the depth of things surrounding Christmas, and the state of mind of people around that time of year.

This year 2016, Johan Nyhlén – a true fan of Jim, Alien and the AOR genre – introduced Jim to producer Daniel Flores. Daniel had wanted to work with Jidhed for a long time, and now the two of them hooked up. ‘Push On Through’ is an album that, from the beginning, was meant to sound different from anything Jim has done in the past. And for sure, Daniel has made that happen. Daniel, who played the drums on the album himself, produced a heavier and tougher sound.
Further, on the release you find Ken Sandin (Alien) playing the bass, guitars were performed by Michael Palace and Philip Lindstrand, and Rolf Pilotti took care of the backing vocals. Jim’s son Robin Jidhed was both the engineer and sounding board when Jim recorded his lead vocals.

JIM JIDHED – If We Call It Love (Edit) 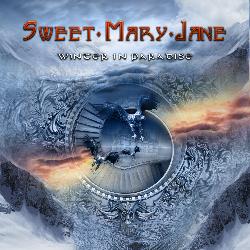 They wrote the song “Fire in your eyes” with Tomas Lundgren from Roulette that Nässlin had kept in touch with from his time in the band. Later on Tomas Berggren (ex-Razamanaz) stepped up to take over the vocals. Tomas is the brother of Stefan Berggren who is known from Berggren Kerslake band, Grand Slam and also Snakes In Paradise.

The wide variety of musical influences really shows a great AOR sound that the band is really proud of. Lars Chriss of Lions Share produced their debut album “Winter In Paradise”.